Taste of The Bay – Photo Recap

Last night the Average Nobodies were out in full effect. For those of you that don’t live in the Providence area, or don’t know of this event, last night was Save The Bay’s 3rd Annual “Taste of The Bay” beer, wine, and food tasting. The event was a huge success! For those of you who didn’t attend there is always next year. Not convinced? Check out these photos!

END_OF_DOCUMENT_TOKEN_TO_BE_REPLACED 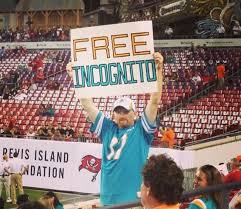 Not the ideal week for the dolphins. Their locker room is in shambles. One of their offensive lineman checked into a mental hospital and another one is apparently a terrible racist who was suspended by his own team. Their fans think Richie Incognito is in jail for some reason, and to cap off the week from hell, they lost to the winless Buccaneers on Monday Night Football. If this isn’t Bob Kraft witchcraft then I don’t know what is. Looks like the Patriot’s are no longer content with winning the division every year. They want to physically and emotionally decimate the competition along the way.

You Come at Michael Bay With an Air Conditioner, You Best Not Miss

(Source) Director and producer Michael Bay was attacked on Thursday during filming for his latest Transformers movie in Hong Kong.

According to a statement by Paramount, an allegedly intoxicated man approached the director on the set of his movie “Transformers 4” in Hong Kong “wielding an air conditioner unit as a weapon.

“Bay ducked, took control of the air conditioner unit and stepped aside as security engaged the assailant and his two compatriots. They subdued and arrested the three men.

Paramount issued the statement after a report in Reuters that two brothers surnamed Mak, approached Bay and demanded the equivalent of $12,900, according to a police spokeswoman. It was unclear why they demanded the money, but the older brother then assaulted the director, police said.

That report also said that Bay suffered injuries to his face, but Paramount’s statement contradicts that report.

“No one on the cast or crew was injured and the production immediately resumed filming without further incident,” Paramount said.

The movie has been in production since late May.

“Contrary to several erroneous news reports made today, Bay did not get hurt in a fight on set. The production company did have a bizarre encounter with a man (allegedly under the influence of a narcotic substance) who was wielding an air conditioning unit as a weapon. The man, who had earlier accosted several other crew members, rushed onto the set in Quarry Bay and swung the air conditioning unit directly at Bay’s head. The director ducked and wrested the air conditioner from his attacker, preventing what could have been a serious accident. The company’s security team quickly stepped in and subdued the assault.  The police, who also scuffled with the assailant and two of his companions, ultimately arrested the three men. No one on the cast or crew was injured and the production immediately resumed filming without further incident.”

I figured someone from Hong Kong would be a little more ninja like than these guys. Whether the reports of Bay disarming the air conditioner attacker are true or not are anybody’s guess, but my problem here lies with the attackers weapon of choice. If you’re storming a Hollywood set to do what so many of us want to do and take out Michael Bay, don’t bring an air conditioner. Crowbar, lead pipe, kendo stick. All of these are logical choices for a sneak attack. An air conditioner is not. Carrying around an air conditioner in general sounds awful, nevermind trying to configure it into a weapon. Also, if you’re trying to extort somebody, maybe use a different approach, and choose a better number. $12,900 just sounds weak. Ayo lesson here Hong Kong vendors: when you come at Michael Bay with an air conditioner, you best not miss.

Taking some time off of their touring duties, Taylor Swift and Ed Sheeran rented some paddle boards and hit the high seas at Narragansett Bay in Westerly, Massachusetts on Sunday afternoon (July 28). -Gossip Center

Ok, Gossip Center, if you are going to report about one of our own local celebrities here in Rhode Island please remove your head from your collective asses.  Number one, Narragansett Bay is basically the entire Rhode Island, and some of Massachusetts, watershed. So saying you’re “AT” Narragansett Bay is a pretty vague statement.  Number two, Westerly is a RHODE ISLAND town that boarders Connecticut, and is nowhere near Massachusetts.

PS- I don’t know who Ed Sheeran is, but he would be the poster child of “People Who Look Awkward At The Beach” Magazine.